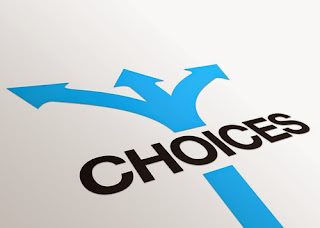 As I’m branching out into territory that is beyond the “why” I figured there was room to talk about some of the decision-making involved in my writing process. This post has been one of the most difficult for me to write. I’ve actually had this post written out a few times, and gone through it to change it because it didn’t seem correct. I’ve probably written this topic five or six times and never finished it. It’s hard to put this topic into words because much of the decision-making can be very knee-jerk and reactive. In the moment, it can seem subconscious and without planning. That’s not to devalue those decisions and choices, it’s just the reality of writing. Instead of writing solely about the informed choices that carry planning and forethought; I’ll attempt to cover some of the more spur-of-the-moment choices. I’ll also include some examples where I’ve rewritten something later in life with planning that was originally put to paper in the heat of the moment.

Much like other topics in this series, the choices made before, during, and after writing can stem from a myriad of different places. For me there are the obvious choices I make when writing something: format, style, tense, or topic/subject/content. There are also the less obvious choices: emotions (of the writer and the writing), media used, and often structure (specifically for poetry) fall into this category for me. When I write now there is a lot of frontend decision-making that goes on, much more than at any other point in my life. I write drafts and develop timelines, take notes and make bullet-point lists on longer pieces, even poems often some planning depending on the type of poetry.

I put quite a bit of planning into the writing I do for work. I have a Google calendar that lists a brief synopsis of what is being featured each day of the month including some historic content. I have not one, not two, but three separate pocket notebooks and one A5 notebook dedicated to different aspects of the writing I do at work. Almost every aspect of the writing I do for work is planned out, except product descriptions. Most of those are written in the moment, though I do rely heavily on a “tone” that is part of our style guide. Even the newsletter topics on the weekends, which tend to cover more candid thoughts and moments, do have some planning. The one area where I could really improve upon is writing content ahead of time. Currently, even when I plan things out, the execution is taking place the day each piece is being released, or sometimes the day before. That’s definitely something I want to change.

In terms of personal writing, I admit that I have two modes and those modes depend on the format and style of the piece. I have one mode for stories and even some prose, but specifically longer pieces, and I have a separate mode for poetry and most short stories. The former runs on planning, precision, even mental outlining, while the latter is almost always “fly-by-the-seat-of-my-pants” frenzied. There are a handful of poems and short stories that have a lot of planning to them, but they’ve been some of my most personal writing stuff I’ve really wanted to polish and eventually see published. But when I write for myself, a lot of time the catharsis comes in just getting the words out.

I’ll briefly walk through a few examples of how either of these modes occur, starting with the planning mode. I’ll have an idea or concept frequently based off something I read or saw in a movie or streaming show. More often than not, the touchstone is something small like a thought of “if only they’d have done X in this part of the writing or story, it would be far more interesting” or “what if instead of it being another instance of X being the antagonist, instead Y and Z have interpreted the intent incorrectly”. This leads to a brief sketching of that main idea in my mind of what I thought could have been done better. Then I’ll start the long game; I’ll take that one idea, strip away any element of the original inspiration, go back to a “starting point, and begin to craft a story via a loose timeline with the center of the timeline being the touchstone. I know full well there are going to be changes and revisions, I’ve even completely abandoned the initial touchstone and shifted to other ideas during the planning stages simply because it was a poor idea to craft a story around. I have no idea what other writers do when they plan stuff out. This is just one way I’ve done it in the past, and to be fair, I’ve never completed writing a long-form story. So maybe I’m doing things wrong, but this type of planning and fleshing out ideas and inspirations does get my creative juices flowing for sure.

Writing poetry, short story, and even some prose is far more visceral for me. It’s also a very immediate task, what I have inside of me needs to be written down as quickly as possible otherwise I may lose it. I rarely have a lot of time to polish something inside my head. I’m almost always pushed to write poetry or short story by a phrase or a line or a few words, colors, or sounds. Very tiny details that my brain is connecting with a life event, emotion, need, or memory have suddenly taken up residence in every aspect of my brain. The need to write during these times is almost a compulsion that is painful to ignore. If I put it off, I’ll find myself using those phrases or words in writing I’m doing for work or even when I’m talking to someone on the phone or face to face. My brain is telling me to do something, and it’s just easier to get whatever it is written down or face the consequences.

There have been a few times where I’ve written something just to get it down on paper and out of my head, and then at a later date come back and read it and been prompted to keep much of the original work but to rewrite it. One piece that comes to mind was a poem I wrote a few years ago after breathing a mouthful of dust when I was cleaning something. It brought back memories of the rotor-wash from a MEDEVAC Blackhawk in the desert outside of a tiny border town in Iraq. I wrote down the initial memories quickly on a beat-up Field Notes, and a day later sat down to write them into my poetry journal. Instead of simply copying them over, I made small changes to a line here or there, deleted a few, and made the poem more compact and hurried. It mirrored more of the urgency of the original moment and the memory that had prompted me to write it in the first place. I find this a pretty rare occurrence, but one that crops up more frequently now and I think that has more to do with my growth as a writer than anything else.

I’m sure more accomplished writers will tell you there is a right or a wrong way to do things. I’d imagine they’d really push for planning, writing, rewriting, revising, editing, and more planning. Personally, if the piece has the potential to be published, it needs to be read by someone other than the writer and edited by someone other than the writer and then likely revised. I’m also a contrarian with my poetry because I feel like editing can strip away the raw emotions of the piece, but I also know that often those emotions are mine and the reader is going to experience their own set of emotions. I guess what I’m saying is that I know I need to be more mindful of the choices I make when I’m writing, but I don’t know that I’m ready to make a lot of changes to the process; and I’m okay with that.

Until next time, keep writing.

Posted by KarasKustoms at 4:04 PM