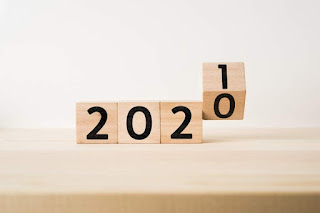 It’s just over a week into the new year and we’re off to a rocking start. We’ve caught up on all of the orders made over our holiday vacation. The machines are all back up and running; cranking out parts for the production run of Retraktable pencils, working on the 2021 Vertex pens, and working onout of stock items like brass Render K V2s. We’ve been hard at work planning out the next 6 months as specifically as possible and here’s a quick breakdown of what we hope to get accomplished this year.

Over the next few weeks, we’ll be sending out Retraktable pencils to select reviewers in the world of writing instrument blogging/vlogging. This is a push to get them to reviewers 45-60 days before the productions release. We are hoping to be able to launch the Retraktable Standard in early March, with the Retraktable Slim slated for early April. Our prototype batches of both the Standard and Slim models were extremely well received, and we only identified two minor, internal changes that need to be made to the production versions.

We made some changes to how we manufacture Vertex pens this year which will allow us to spread the releases out over a longer period of time while decreasing the time taken to machine each part of the pen. Our sanding and polishing process has also been revamped to increase the finished quality of the pens by adding several steps along the process. While it’s a bit more time consuming the finished product is far superior to what we’ve seen before. We’ve already finished machining the first Vertex Special Release of 2021 and will be sanding and polishing them this month, looking to release them in February.

Though we’re taking a break from the Karas Kreepers releases this month, we’ll return to them in February with a few more Notebook/Sticker sets and a pen release. We’ll visit Rhode Island, Michigan, Colorado, and Alaska plus a few other states; bringing you the creepiest cryptids around.

We’ll expand the Speed Groove Bolt V2 and EDK V2 pens this year. While this does mean temporarily retiring the GroovEDK and pushing back the re-release of the Fluted Bolt V2 and Fluted EDK V2 pens; it means we can focus on getting a larger batch of the Speed Groove pens ready for release. We have plans to feature one Speed Groove Bolt V2 special edition as a Pen Club Exclusive this year with custom anodize colorway, but there will be several releases straight to the website.

We are actively looking at adding some new materials this year to the Kustoms Line pens. While this addition will most likely be in the form of Limited Edition pens similar to the Pony Express anniversary INK we released in 2020, we do hope to increase the size of these Limited Editions this year. We’ll test a few materials in Q1 and Q2 2021, and push for releases in Q3 and Q4. We’re excited to expand our Kustoms Line to include some new materials and get a fresh look at some of our classic designs.

We’re pushing hard to prototype two new pens this year; something we’ve never done before. The basic function of one pen has already been laid out, it’s been on our sketchbooks for nearly two years now. Sometimes it’s just hard to get a project off the ground when there are so many other things going on. But we think we can successfully work on finalizing that product and get deep into another prototype process before the end of the year. Karas Pen Club Members will have some sneak peeks at much of this process as we move through it.

There are plans for some mini special release series this year. Somewhat similar to the Camp Karas and Karas Kreepers series’, these mini-series will feature 2-4 releases with some corresponding products and custom curated stickers and other materials. We’ve been brainstorming some cool ideas and we’re excited to see a few of them come to fruition. We hope to get the first of these mini-series done over the summer with a second in mid-fall.

Giveaways are on the horizon specifically giveaways via the newsletter. Our Instagram is our most successful giveaway avenue, but we’ll be adding a few giveaways to our main newsletter subscribers plus a few special giveaways to the Karas Pen Club members via the Club newsletter. Most of the items featured in the giveaways will be old special edition, limited edition, or small batch product that are remaining but not available on the website. It’s an opportunity to get a pen or other product that we haven’t sold in quite some time to add to your collection.

The Karas SWAP (Student Writing and Arts Program) is still our ongoing community assistance program, based around sending out pens to students in writing or arts classes. The attached form can be completed by teachers that feel their students could benefit from this program, and we’ll be going through the entrants with an eye to get the first batch of 250+ pens out by the end of spring.

There are numerous other plans and ideas in the works for 2021. I could fill pages based on a few of our meetings, but this list encapsulates our Tier One goals for 2021, the bigger priorities in terms of what we want to accomplish this year. Sure, there will be a lot of behind-the-scenes work and as always, a lot of adapting to changes and problems that come up throughout the year. We’ll remain flexible so that we can address issues as they come up, but this is where we’re at as of the second week of January 2021.

Posted by KarasKustoms at 2:09 PM 4 comments: