Observations of Elitism in the Pen Community 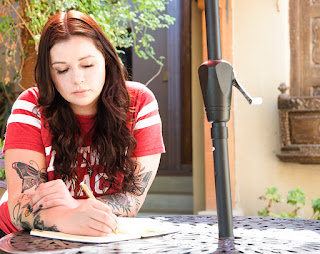 For the most part the pen community is an inviting, happy place where likeminded people show up to geek out about handwriting, inks, paper, and writing instrument ephemera. You get the same taboo topics (politics, religion, etc.) that you can find in any niche community. At the end of the day there seems to be less animosity among pen users and enthusiasts than other niche communities I’ve observed or been a part.

That’s what I thought, but things change, and apparently I’ve either been blind or stuff is changing at a rather fast clip. What follows is my observations specific to a rising level of elitism that borders on classism I’ve seen crop up among the fountain pen community and spill over into the pen community in general. Mostly this encapsulates my thoughts on the entire situation as an observer more than as someone working in the “industry”.

I’ll be up front and honest about this post. It’s been written before in completely different terms and contexts. But I’ve always scrapped those posts as being far too personal, bordering on unprofessional. I’ll do my best to limit this post and pare the personal opinions down or remove them altogether. I’m really hoping to foster dialogue and debate in the community as a whole. Enough prefacing, let’s start this madness.

For those that don’t know my background I’ll give as brief an example of my “pen journey” as possible. I’ve been “into” pens now for five or six years. I started my personal journey learning to repair fountain pens, then branched out into modern fountain pen collecting, and landed a job at Karas Pen Co. Now I’m active in the community as the Karas Pen Co brand representative to the point it can seem like I’ve lost some of my objectivity, but I assure you that’s really not the case. If anything my job at Karas has allowed me to peel back the layers on a lot of the areas of the pen community I always had problems with and given me a desire to see a healthy community from all aspects, including any potential problems associated directly or indirectly with Karas.

From Day One of my journey there was a very real anti-newcomer/anti-user, pro-collector minority in the pen community. They were small, but they were LOUD. And they were tied with one of the largest, if not the LARGEST brand in the world. They railed against all other brands. Had enough power to get anti-“their brand” posts removed. Would flood those posts that didn’t get removed with comments making it impossible to have any discourse. And really looked down on all pens/brands that didn’t uphold the “luxury” mindset of fountain pens.

In general I dismissed this group immediately and steered clear of them since I never considered myself to be a person that would own one of “their” pens. Financially and stylistically they didn’t suit me. So I didn’t pay them much mind.

But as time has gone on, the same mindset held by “those” people can be seen across the community. Not just with fountain pens, but with ballpoint and rollerball fans and even in the pencil community. The sickness of “me versus you” based on some adopted brand identity is spreading through the writing instrument online communities and even to the groups of users that meet in person. And it’s both surprising and worrisome.

To illustrate my point, I’ll sketch out some situations I’ve seen repeated time-and-again in online writing instrument forums and communities.

A new fountain pen user will post up their surprise and joy at winning an online auction for a Chinese pen at less than a dollar, comment how quickly it arrived, and how pleased they are at how well such an inexpensive pen writes. While there will be a few congratulatory posts, the vast majority will be castigating the purchase. These rants will range from “how could you buy some crap from China”, to “For a few bucks more you could have got a Pilot”, to “it’s gonna break in a couple weeks” or any number of negative posts that only serve to alienate a relatively enthusiastic newcomer.

Now I understand some cheap pens can be problematic, and there needs to be the ability to send out a “buyer beware”. But most of these posts are commenting on inexpensive pens from brands that have a reputation for sending out functional pens. Most won’t be broken immediately or even after months of heavy use. So the comments should be constrained to warnings about actual problems that crop up from those brands.

Another one I see frequently is the denigration of all writing instruments that aren’t fountain pens. There are entire communities numbering in the thousands that loudly call out the terror of ballpoint and rollerball pens. As much as they are badmouthed in those communities you’d think they carried the plague or were seeking to bring back slavery. And god forbid you voice your approval of a ballpoint or rollerball, you’ll be called a Neanderthal, Philistine, fake, and likely a few four letter words as well.

This type of reaction does nothing to promote the benefit that writing provides society. The large majority of people that currently DON’T write with a fountain pen will NEVER write with a fountain pen. But if you get them a cool ballpoint or rollerball you might entice them to put pen to paper more often. The goal of writing instruments is to inspire and assist in the creation of memories, ideas, art, etc. catalogued by placing them on paper. We should never discourage this process of creation. Simply put this is the worst flavor of elitism, a group that has set their own “fill-in-the-blank” above all else and is unswerving in their devotion to that “thing”. This type of thinking is never healthy, and only serves to drive a wedge between two groups that at their core value the same process, if not the same implement in that process.

As I mentioned above there are those loudly promoting one brand or another and all of those things NOT that brand get verbally defecated on. You’ll find this in every community, but for some reason it looms its head large in the luxury items communities. You’ll find divisions even in this community that only like certain elements of a certain brand, or certain timeframes where that company released items.

Similarly there are people that will shout you down if you aren’t supporting small, American made companies. As if the support of small British made, Italian made, etc. companies were “lesser”. While the backstory behind purchasing “Made in USA” is rooted in good intentions and a desire for quality goods, that entire movement has been shot through with rot in the recent days by companies that have a façade of “American Made” but are pretty much American “assembled” or even just “American” shipped. They skirt the rules and regulations but their fans are rabid and often attack anyone that tries to show off alternatives that are of equal or greater quality. The “Made in USA” phenomenon has become as watered down as an Instagram hashtag, it’s an overused term that doesn’t mean what it should and is often attached to a very vocal and verbally violent portion of elitist “gear” users.

Lastly there are those that attach value, both literal and figurative, to the price of the item. This group is probably the most frustrating and many times the most abusive. You can find them flexing their proverbial muscles almost everywhere. They come out when someone posts any pen under a certain price point. They’ll be quick to point out the flaws of the pen and connect those directly to the cost of the pen. They’ll then show off a photo of pricier pens in their personal collection, annotating how they are superior in all aspects.

This is where the classism comes in specifically. Most of these pens are out of the range of 70-90% of pen enthusiasts. They have price tags usually attached to jewelry or mortgage payments. Like fine wines they are rarely exponentially, or even noticeably, “better” than a pen 1/10th their cost. And while many dream of them, those that own them seem to take great pleasure in simply showing photos of them. A similar phenomenon occurs in the knife collecting community, and it’s equally disconcerting. I’ve seen a pen case full of 40 pens or an end table lined with 12 knives, the value of either would easily purchase a $30,000 dollar car. And when asked about how often those pens or knives get used, the owners scoff at the idea of sullying their mint condition items.

I’m not ranting against someone using their hard-earned money to purchase items they assign value to. The problem lies in how the mindset of these collectors becomes vocalized and crafted into condemning new users that can’t or never will be able to afford those luxury goods. They alienate a vibrant, often enthusiastic, group of users that are more equipped at spreading the word of fountain pens than the elitist group is. This larger, less funded, group is far more likely to keep the fountain pen hobby going than the “1%”. There is a place for both groups to coexist but before that can happen there needs to be a “summit” between these groups in the hopes of smoothing things out.

None of this is to say that the sky is falling in the pen community, not the least. But as the community grows, there needs to be people in place that can ensure it grows in a healthy manner and that the unhealthy aspects are fixed before they can spread. I’d hate to see the pen community devolve into a bunch of cliques that are railing against one another incessantly. And I think there is a need for evaluation and when necessary, correction given to those that would do harm in whatever form it may take.

So I hope you read this more as my intent to inform those of you that frequent the pen community so you can be on the lookout for similar instances of elitism. The desire is for the continued growth and diversity of this wonderful community. We can spread our love of writing instruments and the written word, but we are better when we work together than when we focus on our divisions and differences.