Well Worn or is it Stonewashed..the Debate is on!

In an attempt to do a few things a little different, and with the idea that sometimes a pen needs to look a little less refined, a bit more "loved"; we ran off a few prototypes of pens that fit that mold. The entire idea came about when we were looking at some of the first run Render Ks that the guys use in the shop. The anodized colors had faded nicely and on the corners of the pen, lovely silver tints were winking at us. The more we looked at the pens, the nicer we felt they looked. Often times our pens can come off cold and harsh due to the fact that they are all metal, but the worn finish on our older pens made the pens "feel" warmer. Plus they just look freakin' cool. So below we have some of the initial prototypes of these pens. We have been tossing around the idea of "well worn" or "stonewashed" as a way to separate them from the rest of our pens. We will put some thought into the name while you guys can get a good look at these and give us your thoughts. 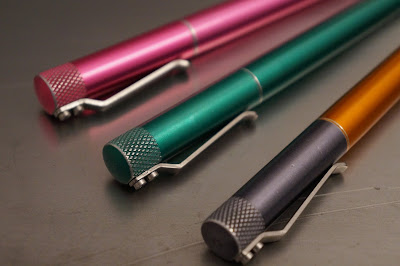 We were going for a look that would make you feel as if you had carried the pen in your pants pocket for a while. That it had been out on a job site with you, carried and banged around in multiple purses or used to write essays for your entire college career. 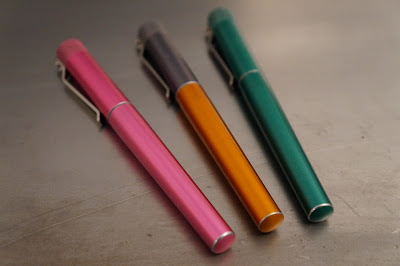 Keeping that in mind we spent some time using different mediums to soften the colors but not necessarily damage the overall look of the anodizing. 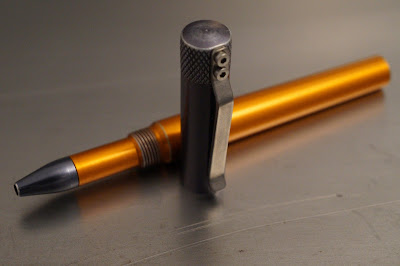 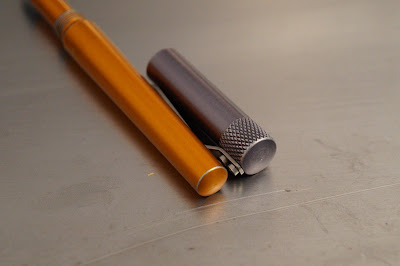 You can see that how this comes through is often concentrated around the edges or lips of the pen itself and the main body doesn't show as much. Though the tops of the caps seem to show it a little more than the bottom of the barrels. 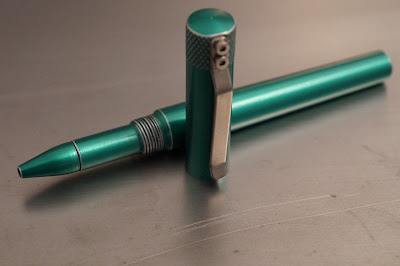 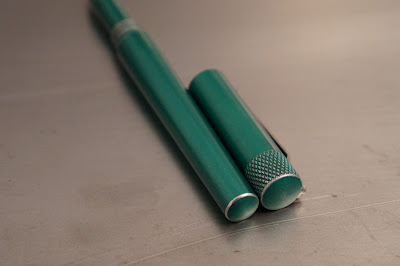 It really pops on the threads, showing the bright silver of the aluminum. There is also an actual difference to the way this "well worn" anodizing feels when compared directly to one of our other pens. The machining marks often present on our pens are lessened and the metal actually feels "softer" to the touch. 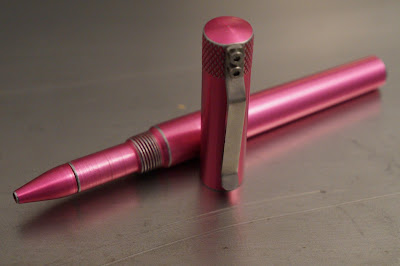 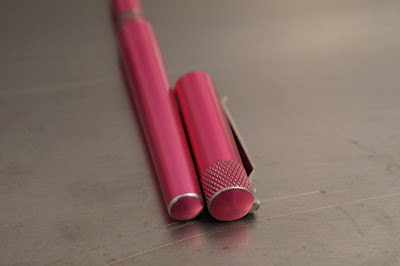 Leave a comment below or email us with questions. Hopefully you guys are digging this as much as we are.
Posted by KarasKustoms at 4:59 PM